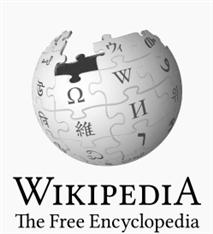 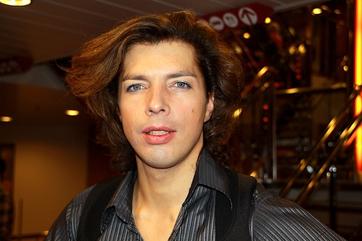 I started to perform at age 13, doing classic solo circus acts like: juggling, hoops, balancing different objects.
Today, I stIll continue doing that, but more important I moved myself on a new level.
During this years I worked and learn so many different things, got two bachelors degree in the art fields, meet so many amazing and wonderful people.
All that helps me to be more open and be ready almost for everything.
Today, I got a team who works with me: dancers, singers, actors, acrobats, choreographers, costume designers, make up and hair stylists, photo and video production team and more...
Leonid The Magnificent is not only one act/solo performer anymore.
We are a hard working team who loves what we do, we are professionals and we love and respect our audience, our clients and our fans.
No matter what project that I work I guaranty high quality and I putting all myself into it.
My real name Leonid Filatov or stage name Leonid The Magnificent are guaranty of the best!
I believe this web. site will help you better understand who I am and show few different sides of my work.
Sincerely yours,
Leonid
and all my work team.

From Wikipedia, the free encyclopedia

Leonid the Magnificent (born Leonid Filatov) is a Russian performance artist born in 1973 in Siberia who now lives in Brooklyn, New York City. Leonid has been performing on stage since the age of 12. He finished Russian Circus School and University of Art and Culture to become an artist and a show creator. While in Russia, Leonid Filatov gained recognition by the Cultural Committee of the Government of Moscow as an acclaimed artiste of the State Central Concert Hall "Rossiya" - the most prestigious in the nation. Since coming to the USA he has performed in many cities across America including Miami, Las Vegas, New York City, New Jersey, Los Angeles and San Francisco.

His repertoire includes classical, modern or exotic dances, highly skilled circus acrobatics, musicals, comedy and drama. He performs solo or with his troupe, the Leo-Leopatra show. His style is highly versatile depending on the venue and occasion, ranging from serious and classical to raucous and edgy.

Leonid became known nationwide after his appearances on the first season of America's Got Talent in 2006. He was selected to go to the semi-finals. David Hasselhoff, a judge on the show, picked him to go on the wild card episode. His appearances on this show gained him a cult following and internet videoclips of these performances have been viewed by thousands of fans from around the world.

He reappeared in the final audition round of Season 2, and got in, although this time Hasselhoff's support for him had vanished as he threatened to leave the show and walked off temporarily after the other two judges, Sharon Osbourne and Piers Morgan, voted Leonid through. On June 26, 2007, when this episode was broadcast on national TV, the search terms "Leonid The Magnificent" rose to nationwide No. 13 on Google Trends.[1]

Leonid has also appeared on The Tonight Show with Jay Leno on May 19, 2005, and Jimmy Kimmel Live! in August 2006. On April 22, 2006, he was given the PREMIO ARTE Award as Extravagant Artist of the 2005 Year, in New Jersey. On March 28, 2007, he appeared on Greece national TV as a special guest star on Greece’s Got Talent in Athens, Greece. Most recently, Leonid re-auditioned for America's Got Talent in the 2011 New York auditions by singing and doing a quick-change magic act. He received a "Yes" vote from Howie Mandel and Sharon Osbourne, but Piers Morgan voted "No". He described Leonid as a "like a yo-yo that keeps coming back the harder [he] tried to throw him out."

He performed as a stand by during Vegas Week, but was eliminated and sent home by the judges, resulting Lenonid to swear at Piers for the outcome.

In 2011, he performed in the Russian version of Got Talent, he received 3 buzzers and was sent home afterwards.

In 2015, he had joined the French version of Got Talent, La France a un Incroyable Talent, he got 4 yeses in his audition.

In 2016, Leonid performed on ČESKO SLOVENSKO MÁ TALENT 2016, Bratislava, Slovakia , he got 4 Yeses in his audition.

In 2016, special guest for Festival "Just for Laughs" Montreal, Canada

In 2017, Leonid is special guest to perform on "Life Ball" , Vienna , Austria